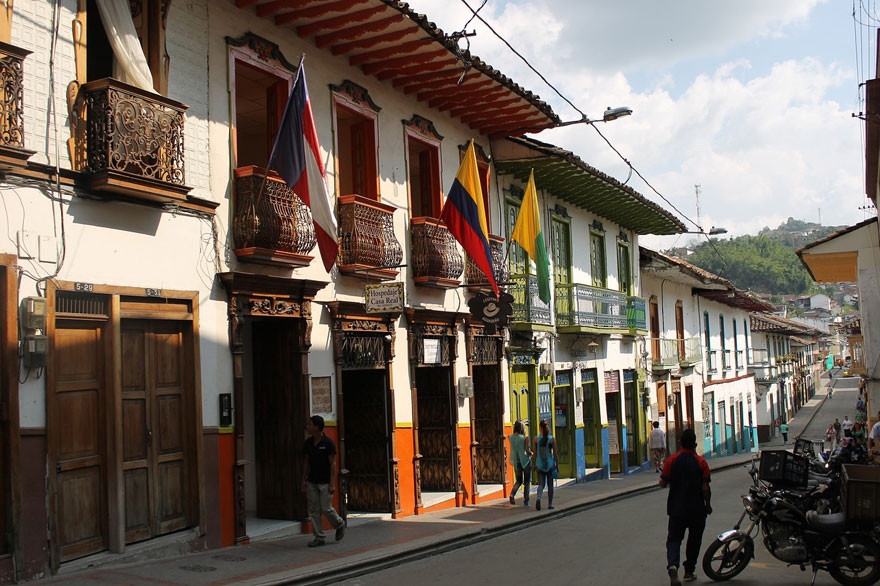 And this is how it is done:
Make an espresso or very strong coffee from the coffee powder. The pinch of cinnamon powder is then added to the hot espresso and mixed. Distribute the espresso between the cups and place half a cinnamon stick (as a stirring spoon, so to speak) in each of the cups. It is sweetened as required.

It is less of an original Colombian recipe, but the name probably comes from the coffee beans used, as coffee made from arabica beans should be used in this smoothy (Colombia mostly grows arabica).

And this is how it is done:
Mix the coffee ice cubes, the cold coffee, the whipped cream and the powdered sugar in a blender until the mixture is creamy (smoothy). Pour into chilled glasses and sprinkle with cinnamon and sugar.