There are special criteria for growing coffee. Coffee bushes (or trees) need a balanced climate without temperature extremes, without too much sunshine and heat. Average temperatures should be between 18 and 25 ° C. The temperature must not exceed 30 ° C and not fall below 13 ° C, as the plants cannot tolerate temperatures below 0 ° C.

The water requirement is 250 to 300 mm per year, which is why the annual rainfall must be 1500 to 2000 mm. With a rainfall below 1000 mm p.a. is watered at less than 800 mm p.a. there is no coffee growing. Robusta coffee requires higher amounts of precipitation than Arabica coffee.

A lot of wind and sunshine damage the sensitive coffee plants, whereas hedges and shade trees are planted. The soil must be deep, loose and permeable (well “ventilated”), humic on top and neutral to slightly acidic. 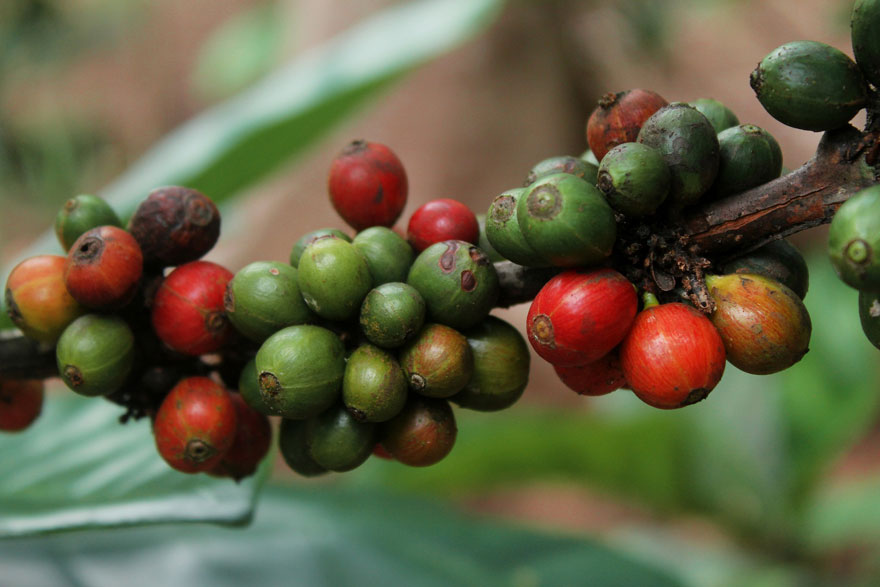 The coffee-growing areas lie between the tropics according to the requirements. At Arabica coffee at altitudes of about 600 to 1200 m above sea level. NN., At Robusta coffee between 300 and 800 m above sea level. NN. Highland coffees (Arabica) are of a particularly high quality. Coffee is propagated by seeds, cuttings or by grafting, but mostly by seeds. The seeds (coffee beans) have the highest germination capacity 8 weeks after the fruit ripens, after which it decreases. They are freed from parchment skin and sown in germ beds. The first two leaves of the seedling appear after 5 to 6 weeks. The young plants are then transplanted into containers and further cultivated in nursery beds.

When they are 8 months old, they are planted in the plantation, at intervals of 1 to 4 m, depending on the variety. They are trimmed in height as they grow further, to 1.5 to 3 m as required. At the age of 3 to 5 years the yield is optimal and remains 10 to 20 years maximum, after that it  decreases.

Coffee is grown in the so-called coffee belt. This coffee belt lies in the tropics between the 23rd north and 25th south latitude and winds around the entire globe.

Coffee plants are sensitive. They don’t like strong winds, much heat or frost. The cold can cause them to die. The temperature should therefore always be above 17 ° C. In addition, the soil should be able to store water well.

The largest coffee growing countries are Brazil and Ethiopia. In addition, there are other coffee-growing countries such as Colombia, Mexico, Guatemala, Kenya, Cameroon, Costa Rica, Indonesia, India and many others. Overall, coffee is grown in approx. 42 countries. 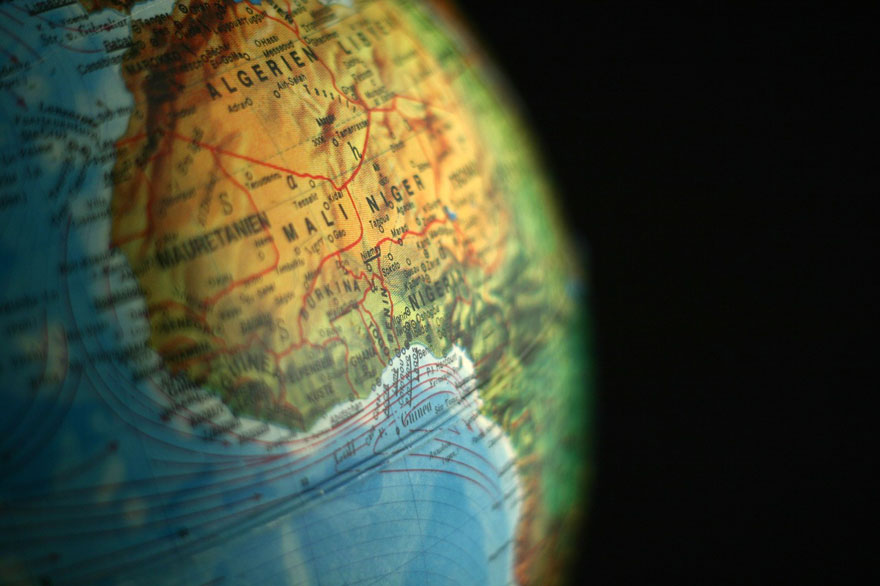 Coffee plants are placed in a plantation at a distance of 2 to 4 m. Banana trees are often planted in the spaces between them to provide shade for the delicate coffee plants with their large leaves. Multiple harvests are possible in regions with constant temperatures and directly on the equator. Coffee plantations at higher altitudes and with greater temperature differences, on the other hand, allow only one harvest per year. South of the equator is the main harvest season between April and May, north of it between September and December.

Since the coffee beans do not all ripen at the same time, the harvest extends over at least two months and is still mostly done by hand. When ripe, the so-called coffee berries are dark red.